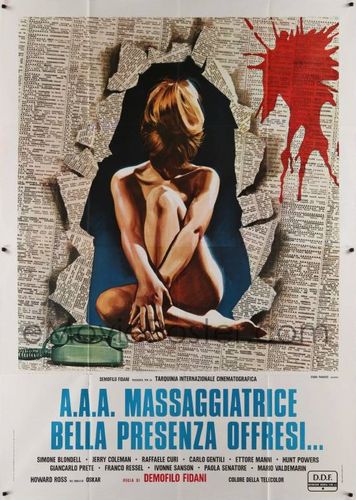 Starring: Simonetta Vitelli, Jerry Colman, Raffaele Curi, Carlo Gentili, Ettore Manni, Jack Betts, Giancarlo Prete, Franco Ressel, Paola Senatore, Mario Valdemarin, Howard Ross, Armando Bottin, Enzo Pulcrano, Giorgio Gravina, Carla Mancini
Description: Cristina is a young girl who decides for some reason to become a prostitute, much to the horror of her father Hunt Powers. She puts an ad in the paper offering her services as a masseuse, and is hired by a buff body builder type, only for it to turn out that he genuinely hired her for her masseuse skills for his mother’s sciatica! Her next customer gets the idea, but tells her she wasn’t that good, short changes her, then gives her some French soap in compensation.
It’s around this time that Cristina meets Oscar, a man who offers to be her business partner (pimp) by hooking her up with better paying customers. First up is Franco Ressel (with that damn combover back in all its glory) but once he’s done giving her a bath (?) and paying her, some black gloved killer slashes his throat with a straight razor. Who can it be this time round?
There’s a few good suspects kicking around – her father, who periodically tries to stop Cristina, her ex-boyfriend, who does the same, then there’s the pimp, although that wouldn’t be a good business model to murder your customers, and then there’s Cristina’s best friend’s boyfriend, who introduces himself by staring at her arse then putting the moves on her. 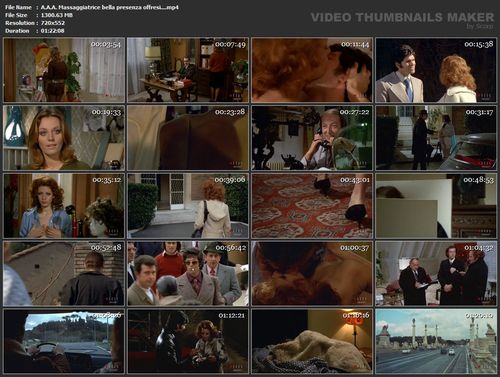