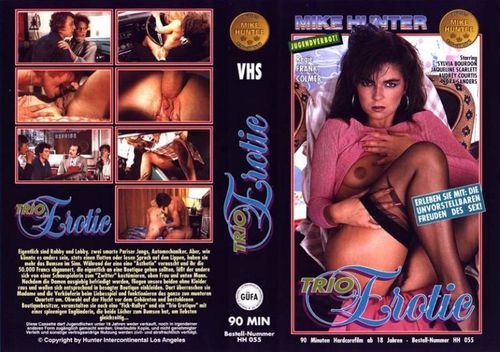 Starring: Richard Darbois, Yves Collignon, Martine Grimaud, Chantal Fourquet, Anne Vareze, Eva Khris, Pamela Stanford, Ellen Earl, Sylvia Bourdon, Catherine Castel, Emmanuelle Pareze, Michel Vocoret, Charlie Schreiner, Pierre Danny, Anna Douking
Description: The story is about mechanics Andre and Robert, who are trying to get laid as much as possible, and who are not very subtle in their seduction techniques. On one occasion, in a boutique, they discover the manager (Ellen Earl) at a lesbian encounter with a blonde [Catherine Castel], and decide to intervene. After initial resistance the two women comply, but when the foursome is discovered by Patrick (the husband) and his friend (Charlie Schreiner) our two cheeky heroes are in trouble, manage to escape, but Patrick is pursuing them 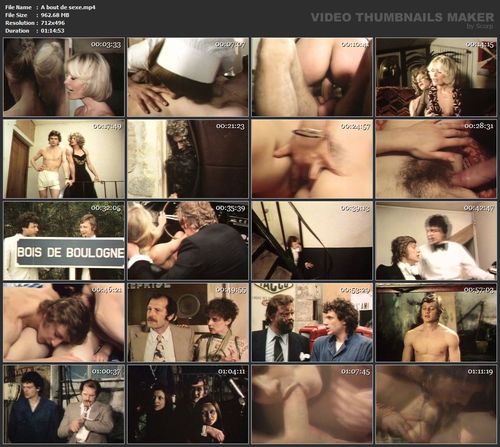