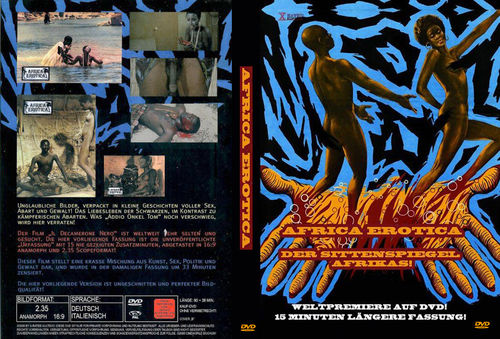 Starring: Beryl Cunningham, Djbril Diop, Line Senghor, Fatou Djame, Isseu Niang, Isabelle Diallo, Jacqueline Scott, Josy McGregor, Serigne N’Diaye
Description: Five unrelated tales:
1: “The Ravishing Queen” / “La Reina Bella”, in which the queen choses a king by devious endurance tests of the pretendants;
2: “The Punished Lovers”, in which a fake blind husband is ‘cured’ after having the culprits banished from the tribe;
3: “The Old Prostitute” who manages to take revenge from all the village dignitaries who wrongfully condemned her brother;
4: “The Endless Search” that does not end until a hunter finds his perfect end-game;
5: “The Crazy Woman” whose illness was not exactly of the mind, but of an (almost) insatiable lust 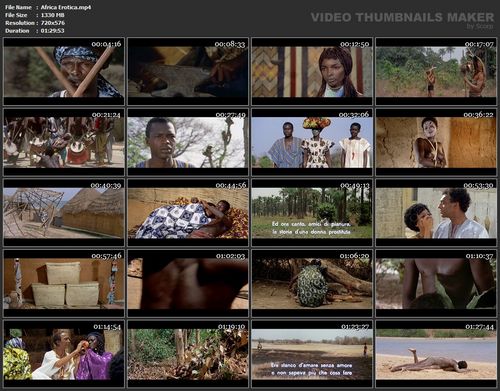