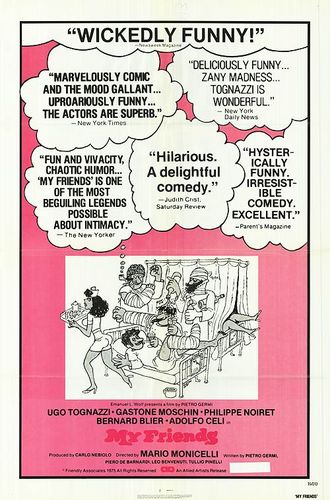 Starring: Ugo Tognazzi, Gastone Moschin, Philippe Noiret, Duilio Del Prete, Olga Karlatos, Silvia Dionisio, Franca Tamantini, Angela Goodwin, Milena Vukotic, Bernard Blier, Adolfo Celi, Marisa Traversi, Maurizio Scattorin, Edda Ferronao, Mario Scarpetta
Description: Necchi, Perozzi, Melandri and Mascetti live in Florence. They have been friends since their youngest years and spend every free moment together organizing complex and terrible jokes to all the people they meet, or just wandering around Tuscany. One of these crazy trips ends up in the hospital run by military-like Professor Sassaroli. Melandri falls in love with his wife, and steals her from the husband, much to the delight of Sassaroli himself. The relationship won’t last but the Professor becomes the fifth member of the team of friends, and jokes get even more complicated and powerful. 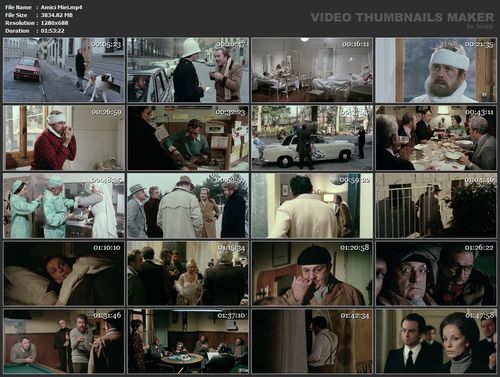