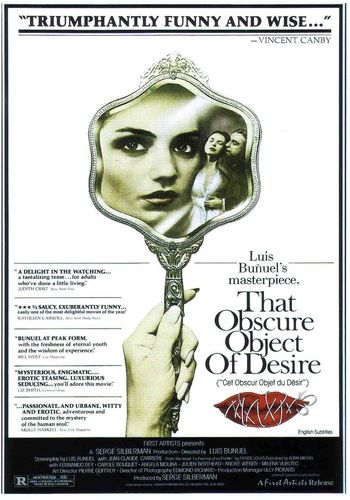 Starring: Fernando Rey, Carole Bouquet, Angela Molina, Julien Bertheau, Andre Weber, Milena Vukotic, Maria Asquerino, Ellen Bahl, Valerie Blanco, Auguste Carriere, Jacques Debary, Antonio Duque, Andre Lacombe, Lita Lluch-Peiro, Annie Monange
Description: Just after boarding a train, much to the surprise of his fellow passengers, a man pours a bucket of water over a young girl on the platform. Over the next few hours he explains (and we see in flashback) how he became obsessed by her (so much so that he failed to notice that she was played by two different actresses, representing different sides of her personality), and how she tantalised him, but would never allow him to satisfy his desire for her. 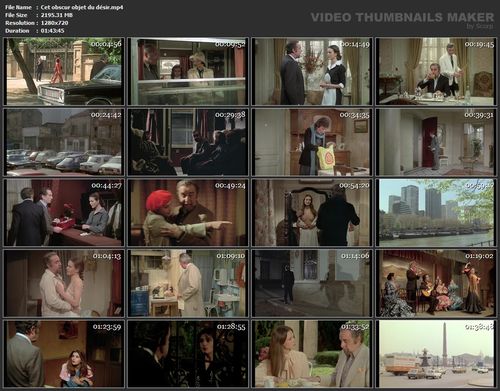