Starring: Chesty Morgan, Harry Reems, Richard Towers, Saul Meth, Phillip Stahl, Mitchell Fredericks, Denise Purcell, John McMohon
Description: She doesn’t have breasts, she has Deadly Weapons! When gangsters kill her boyfriend, the eye-popping, excessively endowed Chesty Morgan seeks revenge with two of the most incredible weapons ever seen on the motion picture screen: her 73-inch breasts! Miss Morgan (billed simply as “Zsa Zsa”), an Israeli stripper whose gigantic, watermelon-sized bust is downright scary, plays Crystal, a “successful advertising executive,” who tracks down the men who offed her lover and smothers them by shoving their faces into her copious cleavage! All of which leads up to a bizarre, mind-boggling surprise ending. A completely deranged cult classic from director Doris Wishman, “Deadly Weapons” proved to be such a hit on the grindhouse circuit that another Doris and Chesty collaboration, “Double Agent 73,” quickly followed. To see it is to disbelieve it!
After the mob hits a guy with a list, one of the hoods keeps the list for himself to blackmail the people on it. When the mobsters find out he’s a double-crosser, they off him, which angers his busty girlfriend. She goes after them using the only two weapons she has 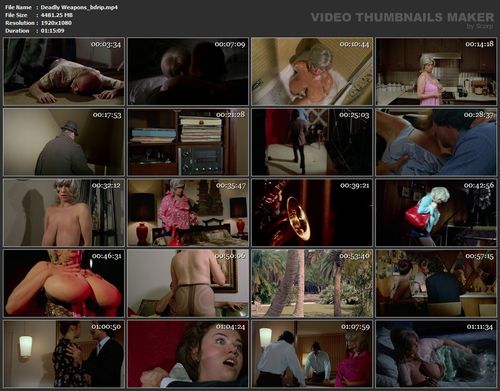