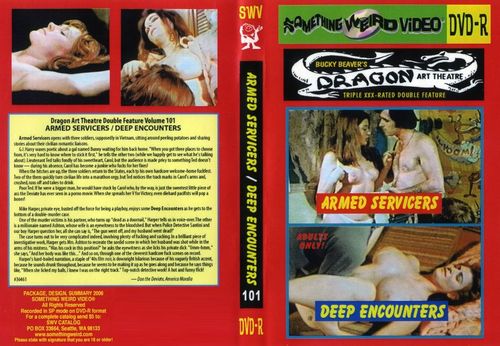 Starring: Penny King, Adam Ward, Ron Knapp, Thad Watson
Description: Mike Harper, private eye, busted off the force for being a playboy, enjoys some Deep Encounters as he gets to the bottom of a double-murder case.
One of the murder victims is his partner, who turns up “dead as a doornail,” Harper tells us in voice-over. The other is a millionaire named Ashton, whose wife is an eyewitness to the bloodshed. But when Police Detective Santini and our boy Harper question her, all she can say is, “The gun went off, and my husband went dead!”
The case turns out to be very complicated indeed, involving plenty of fucking and sucking. In a brilliant piece of investigative work, Harper gets Mrs. Ashton to recreate the sordid scene in which her husband was shot while in the arms of his mistress. “Was his cock in this position?” he asks the eyewitness as she licks his private dick. “Umm-hmm,” she says, “And her body was like this.” And so on, through one of the cleverest hardcore fuck scenes on record.
Harper’s hard-boiled narration, a staple of ’40sfilm noir, is downright hilarious because of his vaguely British accent, because he sounds drunk throughout, because he seems to be making it up as he goes along and because he says things like, “When she licked my balls, I knew I was on the right track.”
Top-notch detective work! A hot and funny flick! 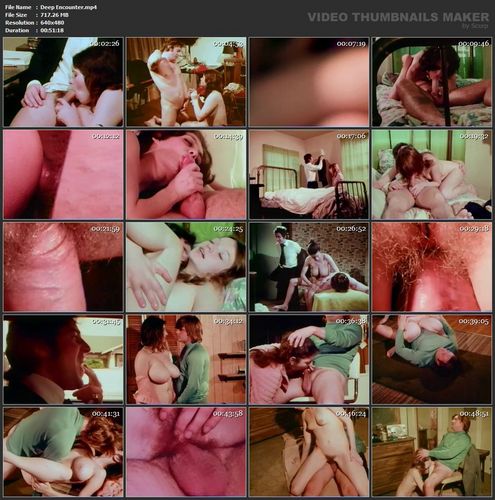