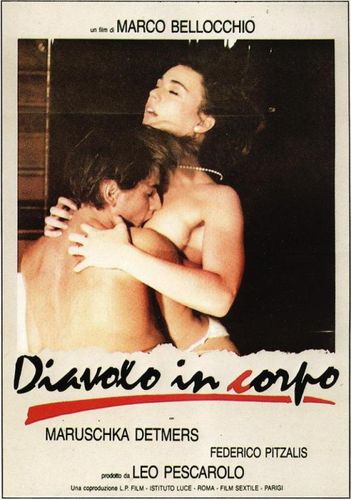 Alternative Title:
Devil in the Flesh

Starring: Maruschka Detmers, Federico Pitzalis, Anita Laurenzi, Alberto Di Stasio, Riccardo De Torrebruna, Catherine Diamant, Anna Orso, Lidia Broccolino, Stefano Abbati, Claudio Botosso, Germano Basile, Brunella Casolari, Luciano D’Amico, Lorenzo D’Avanzo, Raffaele De Nuccio
Description: An Italian high school student becomes infatuated with a woman he sees outside his class window. Her fiancee is in jail for being involved in a radical movement, and she spends much time in court providing moral support. At first she resists the student’s advances, but eventually begins an affair with him. Their situation is condemned by her family and his father, who is the woman’s psychologist 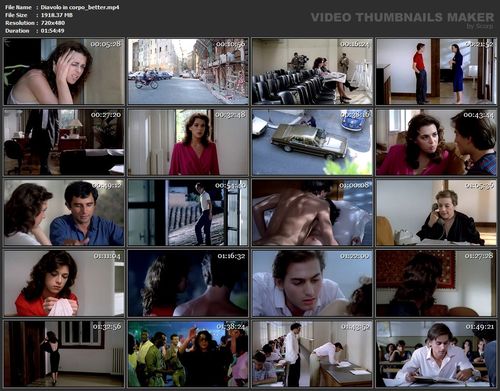