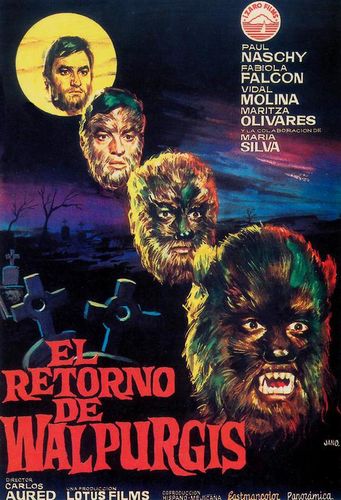 Alternative Title:
Curse of the Devil

Starring: Paul Naschy, Fabiola Falcon, Mariano Vidal Molina, Maritza Olivares, Jose Manuel Martin, Maria Silva, Elsa Zabala, Eduardo Calvo, Ana Farra, Fernando Sanchez Polack, Ines Morales, Santiago Rivero, Pilar Vela, Jose Yepes, Ana Maria Rossie
Description: The great inquisitor Ireneus Daninsky has Countess Bathory burned alive and her female followers hanged. Before perishing in the flames the countess puts a curse on Daninsky and his descendants. Four centuries later, Waldemar Daninsky accidentally shoots a gypsy while hunting a wolf. The angry gypsies, who knew of the curse, summon up the Satan and the beautiful Ilona is chosen to seduce the young lord. During a night of love, Ilona bites Waldemar who turns into a werewolf killing his preys on full moon nights. His murders are first attributed to a mad killer escaped from the asylum. Waldemar, who suspects the killer is none other than himself, falls in love with Kinga, the daughter of a professor from Budapest. When Maria, Kinga’s jealous younger sister, manages to seduce Waldemar and sleep with him, she is killed by the young man, once again turned into a werewolf. 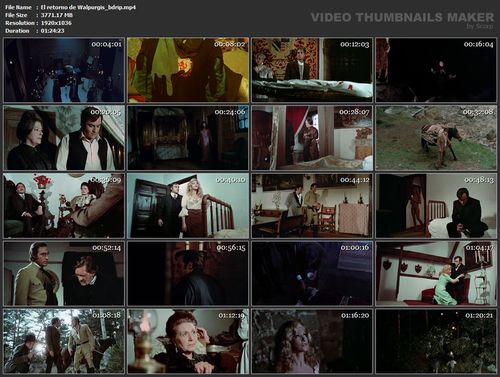