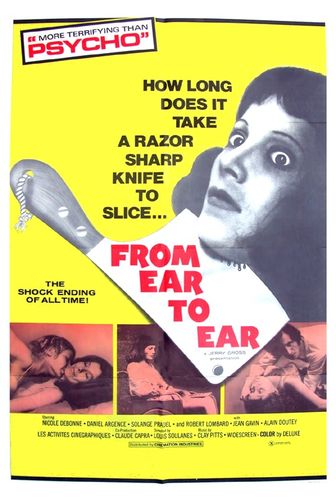 Starring: Nicole Debonne, Danielle Argence, Solange Pradel, Liliane Bert, Robert Lombard, Jean Genin, Alain Doutey, Katia Tchenko, Bernard Mesguich, Katia Bagarry, Karina Kar
Description: Nicole DeBonne and who looks very much like a young, red-haired Joan Rivers, stars as a probably twenty-year-old girl who lives with her mute sister, her blonde cousin, with whom she cuddles while topless more often than not, and her mother in a relatively large house in the French countryside. Men are in short supply, except for the beefy one who comes to service DeBonne on occasion, and when the cousins see a man they tend to go rather wild. Most of their time, though, is spent caring for DeBonne’s mute sister who was traumatized by a childhood friend’s death at an early age and has thus been rendered unable to speak, or even feed herself. The cousins slap her around, attach a loud radio to her wheelchair, and force her to observe their marijuana toking. The mother goes away on business for a weekend, and the cousins have a rollicking swingers’ party, which climaxes in something other than an orgy. Fearing exposure from their mute witness to their activities, the cousins try to scare her to death. 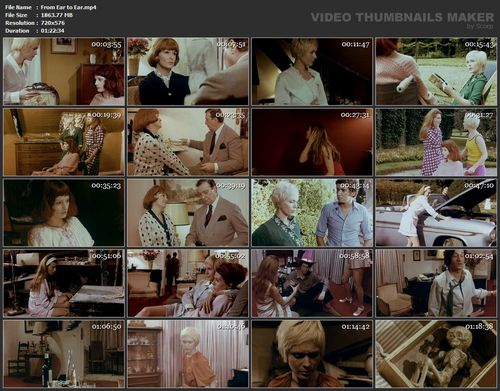