Starring: Hillary Dawn, Jenne, Joy Damon, Marie Durand, Honey Hayes, Wenn Hitt, Say No More Jo, Mary King, Bobby Roberts, Robert Ross, Dyann Torry, Legrand Torry, Charles Vaughn, Eddie Ware
Description: Hollywood Burlesque was a pretty good filmed version of a variety show from that time This is the actual show as presented in the late ’40s. Well, there isn’t an audience (the sound of one I heard a few times were probably pre-recorded) present and there were probably a few acts edited out but this seemed to be a show as originally presented before a live gathering of strangers in one theatre room. Anyway, there are strippers and unlike some of the shorts I saw that also had exotic dancers, this one actually had those strippers show their boobs at the end of their performance after just taking off their bra and showing pasties during their act. The comic team in the show do a variation of routines made famous by Abbott & Costello like the comic getting doused with water from a mouth, getting cheated out of money, or getting a busy line when trying to reach a certain number. Those were pretty amusing. Then there were some songs performed by singers and some non sexual dance routines. In summary, this Hollywood Burlesque was a pretty enjoyable film of a show as it was performed back in the day. 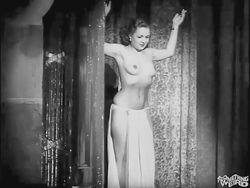 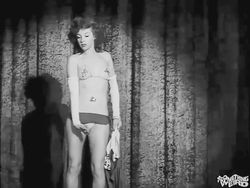 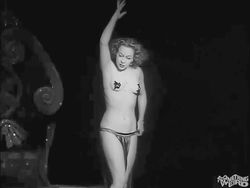 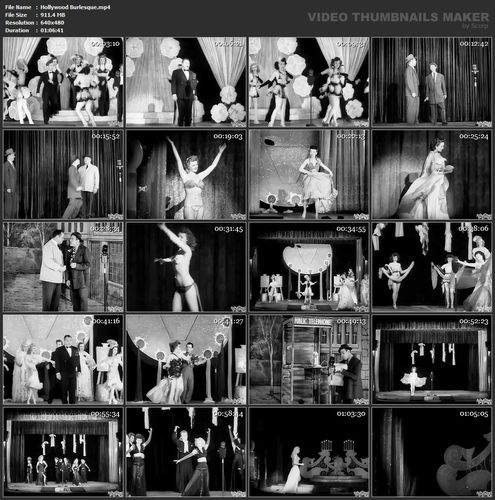