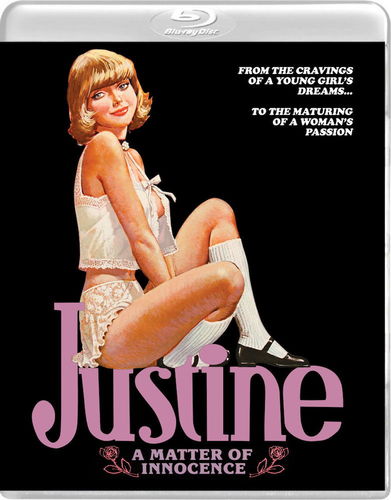 Starring: Bethanna, Christie Ford, Christine DeShaffer, Hillary Summers, Marlene Munroe, Merle Michaels, Portia, Robbin Stein, Suzanne Raven, Vanessa del Rio, Andy Hayes, Ashley Moore, David Ruby, Peter Velo, Rick Iverson
Description:
-Teenage Justine has just learned that her father has died. Leaving her exclusive French boarding school and returning to the U.S., Justine goes to live with her estranged but extremely wealthy uncle Steven on his vast New England estate. Upon her arrival, the beautiful though naive Justine soon finds that she is an object of lust to all those she meets, man and woman alike. As she slowly unravels her own sensual desires and transforms from innocent virgin to voluptuous vixen, she begins to feel an unexpected type of emotional stirring: a desire for romance, which might just happen in the unlikeliest of circumstances
-Justine (Hilary Summers), just having graduated from a French finishing school, decides to go live with her rich uncle (Ashley Moore). She is charming and sweet, but her uncle is scandalous and wanton. Justine happens one day to enter her uncle’s bathroom and discovers him with his mistress. This utterly shocks the innocent Justine, and she runs frightened to her bedroom. The image of the sexual encounter burns in her mind, however, and she begins to have lusty sex-filled dreams of her own. For the bulk of the film Justine is a virgin with explicit fantasies. In the end, however, she strategically moves from fantasy to reality. 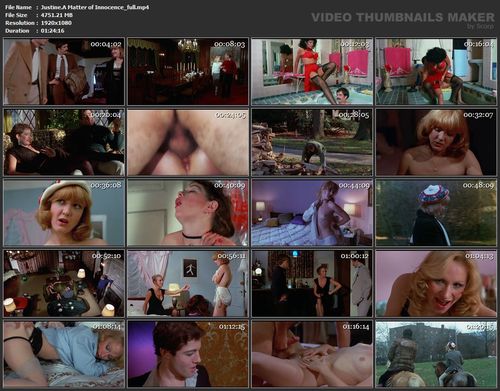