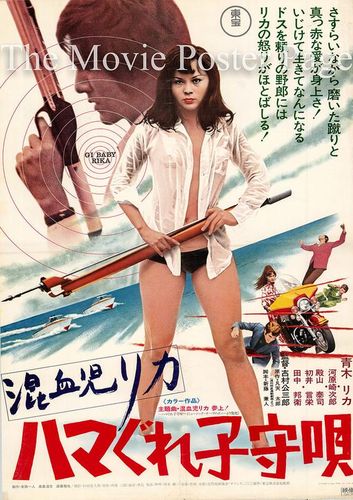 Starring: Rika Aoki, Jiro Kawarazaki, Taiji Tonoyama, Kotoe Hatsui, Reiko Kasahara, Masami Souda, Yoshie Ichige, Eiko Fukazawa, Shoji Oki, Tamotsu Tamura, Mikio Shimizu, Yasuo Arakawa, Kayo Hirai, Junko Tazawa, Taeko Kurihara
Description: As in the preceding two movies the juvenile delinquent named “Rica Aoki” has been brought to a reform school and has to establish herself among her peers. The leader of the female delinquents in this reform school is known as “Tornado Oman” (Masami Souda) and in order to maintain her leadership feels that she must get Rica to recognize her authority. Naturally, Rica has no intention of following anybody’s lead and because of that a fight breaks out which is eventually stopped by the guards with no clear winner being established. Not long afterward, Rica breaks out of the reform school and becomes involved with a young Amerasian girl by the name of “June” (Yoshie Ichige) which results in other problems for everyone concerned 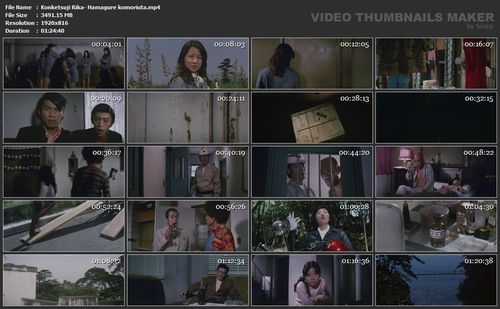