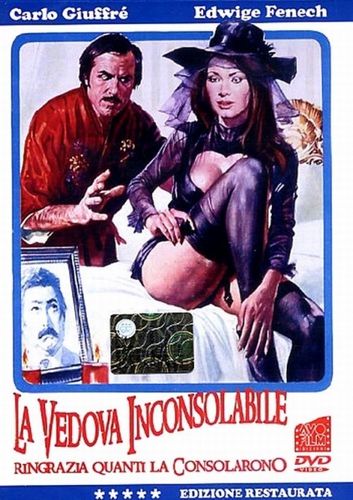 Starring: Edwige Fenech, Carlo Giuffre, Didi Perego, Guido Leontini, Pino Ferrara, Franco Ressel, Mario Maranzana, Enzo Andronico, Fortunato Cecilia, Paola Arduini, Carla Mancini, Luigi Antonio Guerra, Angela Leontini
Description: A man is killed in a car accident while rushing home to have sex with his wife. Because he died in testate, his considerable inheritance is to be split among his wife and his eleven no-account brothers. However, the dead man’s scheming mother-in-law finds a loophole. If the wife (her daughter) is pregnant, the inheritance is all hers. And since she has 300 days to give birth to the “heir”, she can easily make use of a surrogate father to produce this heir. But where will she ever find a willing surrogate? 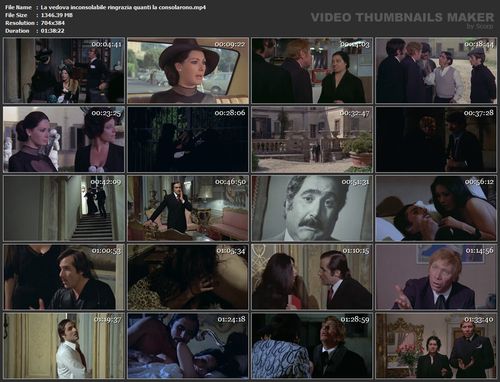