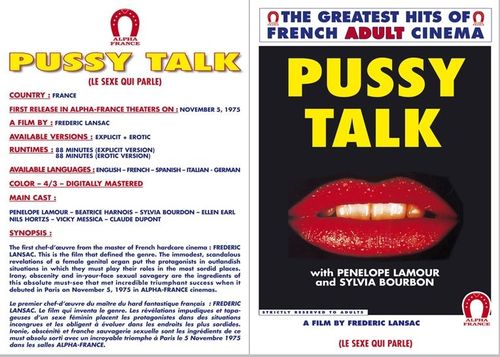 Starring: Penelope Lamour, Beatrice Harnois, Sylvia Bourdon, Ellen Earl, Jean-Loup Philippe, Vicky Messica, Luis Anderson, Jack Gatteau, Pierre Humeau, Frank LeFeuvre, Jean Roche, Pierre Tourneur, Suzy Whys
Description: Joelle (Penelope Lamour), married to Eric (Jean-Loup Philippe), is a beautiful executive at an advertising company. She no longer feels any pleasure when she makes love with her husband. One night after making love with Eric, without having fun, she realizes with horror that her vagina starts to talk and later and leads her to indecent sexual acts. However, it is soon revealed that her problems roots from her sexual hardships and obsessions as an adolescent. 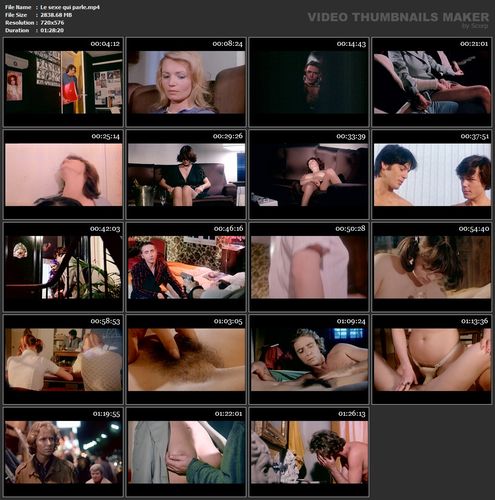