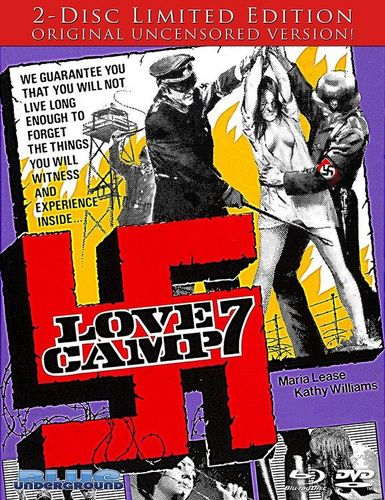 Starring: Bob Cresse, Maria Lease, Kathy Williams, Bruce Kimball, John Alderman, Rodger Steel, Rod Wilmoth, David F. Friedman, Patricia Roddy, John Riazzi, Cathy Adams, Louis Mazzarella, Ken Sims, Larry Martinelli, Shari Mann
Description: Set in a Nazi “Love Camp” that services the needs of front line officers. The video packaging claims that this film is based on fact, but the plot is so far fetched you would have a hard time believing that. Two young WAC officers go undercover as POW’s in the prison camp hoping to get some information from a scientist that’s being held there, before being sprung out by the French resistance. Unfortunately things go wrong with the break out and they end up overstaying their welcome and being subjected to the same indignities as the other inmates. 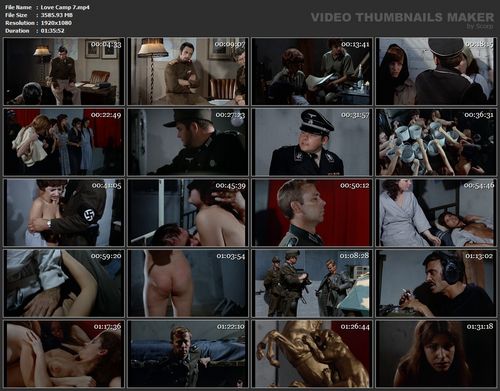