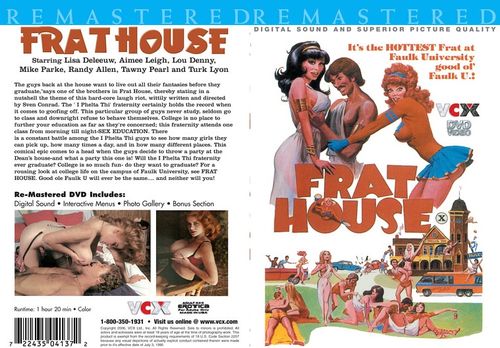 Starring: Blanca, Candie, Connie Peterson, Chris Landau, Donna, Hillary Summers, Lisa De Leeuw, Maria Tortuga, Tawny Pearl, John Boland, Lou Denny, Michael Parker, Randy Allen, Turk Lyon
Description: The guys back at the house want to live out all their fantasies before they graduate, says one of the brothers in Frat House, thereby stating in a nutshell the theme of this hardcore laugh riot, wittily written and directed by Sven Conrad. The `I Phelta Thi` fraternity certainly holds the record when it comes to goofing off. This particular group of guys never study, seldom go to class and downright refuse to behave themselves. College is no place to further your education as far as they`re concerned; this fraternity attends one class from morning till night – SEX EDUCATION. There is a constant battle among the I Phelta Thi guys to see how many girls they can pick up, how many times a day, and in how many different places. This comical epic comes to a head when the guys decide to throw a party at the Deans house – and what a party this one is. Will the I Phelta Thi fraternity ever graduate? College is so much fun – do they want to graduate? For a rousing look at college life on the campus of Faulk University, see FRAT HOUSE. Good ole Faulk U will never be the same.. and neither will you! 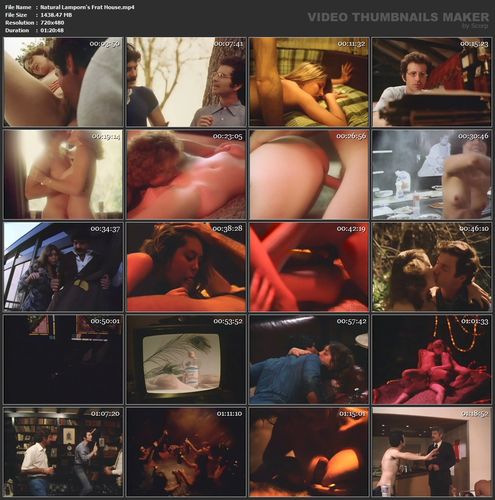