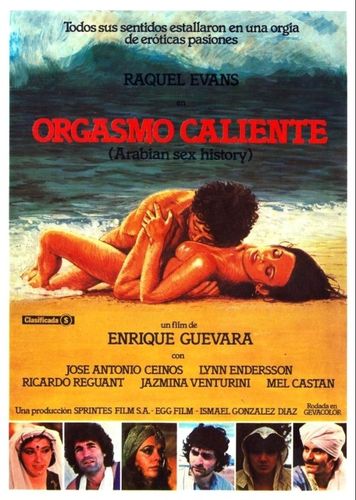 Starring: Raquel Evans, Jose Antonio Ceinos, Lynn Endersson, Ricard Reguant, Jazmine Venturini, Manolo Castan, Julia Caballero, Felix Perez, Andrea Albani, Jorge Luis Fuentes, Sianna Gori, Jose Gomez, Marisol, Pedro Fontana, Maika Paz
Description: Film opens with a pill popping junkie kidnapping a girl and strangling her boyfriend while she’s in the shower- flash forward- Tourist Mary Simpson (Raquel Evans) is on vacation in Arabia..soon after arriving as she’s out sight-seeing, she’s followed by a hooded creep (the pill popping junkie) that chases her into a bar where she meets a friendly woman who in turn sets her up for a gang-rap3 in the back, and proceeds to masturbate while watching (and it’s only Mary’s first night in town).
Next day she meets a hansom local, who’s best buddy happens to be the pill popping junkie, He takes her to a massage parlor/spa and gets pampered and such (cue all-girl hot tub orgy, then another orgy with the spa owner) next day handsome guy shows her around town, they get romantic, then his best buddy wacks him over the head and kidnaps the girl and delivers her to a white slave trafficking ring for a pervo sheik and his sadistic helper (lady from the bar).
Meanwhile hansom guy finds out what his best bud has been up to, and after a rock’em sock’em knife fight, buddy falls to his death and his dying words is Mary’s location.
Soon Mary and her new girlfriend (shower girl) try to escape the harem and head to a nearby beach for some care-free lesbian frolicking, then get captures again and put to the torture which includes getting burned by candles and getting their pubic hair set on fire several times.
Hansom guy shows up to harem with police to bust up the racket and guns down the evil sheik.
Mary and shower girl have lesbian sex in the tub, then hansom shows up and that makes three.
Mary goes back home to her husband and two kids. The End 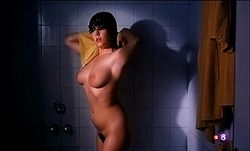 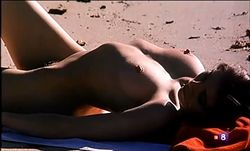 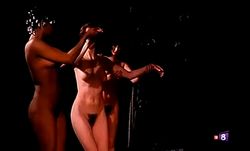 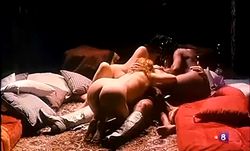 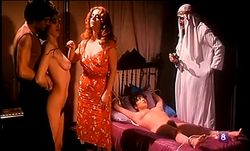 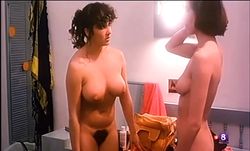 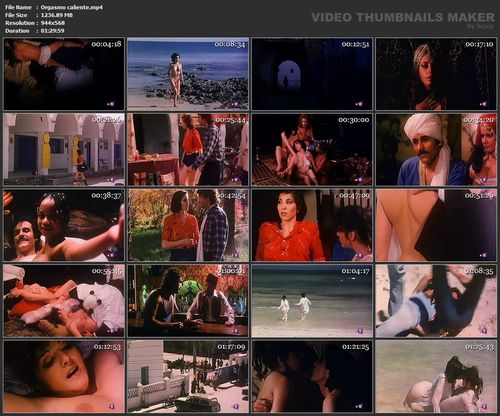