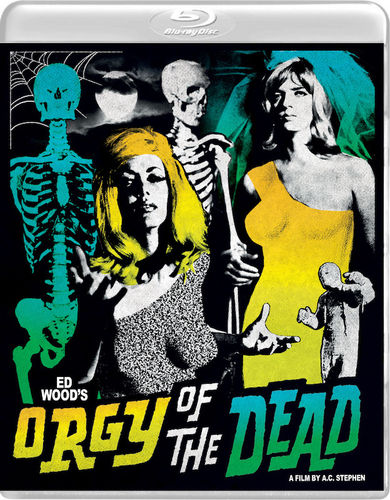 Starring: Criswell, Fawn Silver, Pat Barrington, William Bates, Mickey Jines, Barbara Nordin, Bunny Glaser, Nadejda Klein, Coleen O’Brien, Lorali Hart, Rene De Beau, Stephanie Jones, Dene Starnes, Louis Ojena, John Andrews
Description: John and his girlfriend Shirley go in search of a cemetary in order to inspire John for writing his next horror story. After they crash the car, they wander into the graveyard and encounter the dancing dead, a full moon spectacle overseen by the Ruler of the Dark. Before long the couple is spotted and taken prisoner. Tied to stakes and forced to watch the dancing, they await their fate 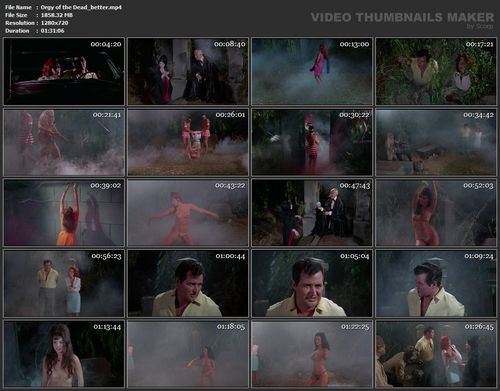