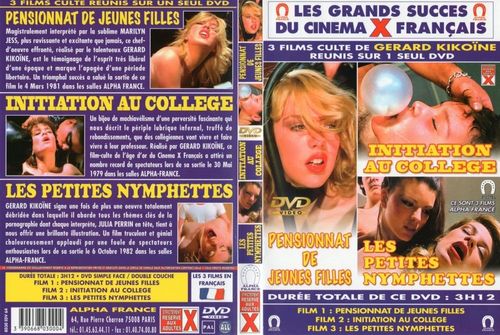 Starring: Marilyn Jess, Ulrike Maas, Sabine Sachon, Brigitte Verbecq, Dagmar Merkel, Richard Allan, Jean-Pierre Armand, Connie Cramer, Lucie Doll, Peter Kwapinski, Gil Lagardere, Victor Samama, Piotr Stanislas
Description: Christine has some misadventures on her way to boarding school. After speaking to her father on the phone while he is being given head by Ulrike Lary, she witnesses a shop being robbed while the owner is having sex with a female (Lucie Doll). She is abused by the taxi driver who picks her up at the station and then molested by the policeman to whom she reports this incident.
At the college there are various other goings on between students and staff. On arrival Christine witnesses her friend (Ulrike Lary) having sex with the Director and later there is a sex education lesson with a live demonstration. Finally Christine and the other girls (Ulrike Lary, Marie-Claude Moreau.) have a dinner together and Marilyn (Christine) reminisces about being gang banged. The film ends just as they are about to reverse gang bang the waiter. 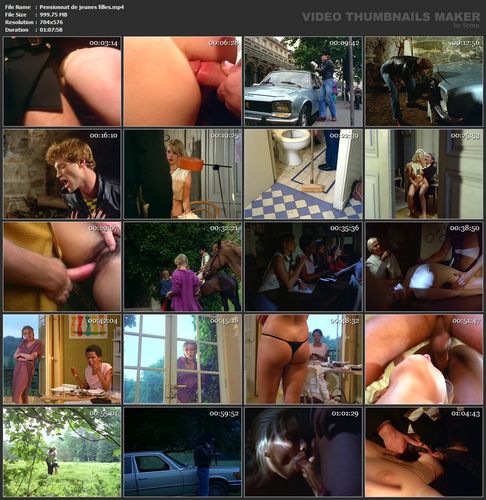