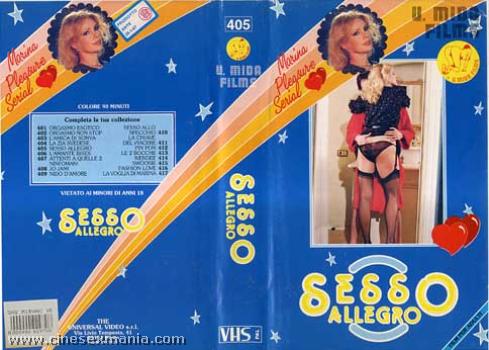 Starring: Alessandra Messina, Carla Calo, Guia Lauri Filzi, Laura Levi, Mara Bronzoni, Marina Hedman, Sabrina Mastrolorenzi, Sandy Samuel, Brunello Chiodetti, Paolo Gramignano, Giuseppe Curia, Erminio Bianchi
Description: We meet three men, Manlio, Pino and Paolo, who have just escaped from prison. A radio announcer warns the public that these men have escaped and all women must be careful because the escaped convicts are extremely sex-starved after being in prison for so long. However, all the women the convicts encounter are all more than willing to help satisfy their sexual desires. We also meet the Swedish Elisa (Marina Hedman), who is living in an unhappy marriage to Oslavio, whom she married only to get Italian citizenship. Oslavio has a strange sexual fetish where he likes to play a corpse; so Elisa has to pay three prostitutes to help satisfy this fetish of his. But in spite of the good pay, the prostitutes are not too happy with this, and prefer to have lesbian orgies with Elisa instead. Meanwhile, the escaped convicts are revealed not to be convicts at all. They simply paid some guy to broadcast this information – along with their descriptions – on the radio so they can score more chicks. With a pair of binoculars they spot Elisa and the prostitutes in a lesbian orgy, and decide to pay them a visit. The girls quickly expose them as frauds, but find them attractive; so they all participate in a lot of ‘happy sex’. But when the men’s previous lovers show up after managing to trace them, all the women get into a giant cat fight over the men’s affections. Realizing that there are simply too many women to satisfy, the three pals run off from the angry, fighting ladies. 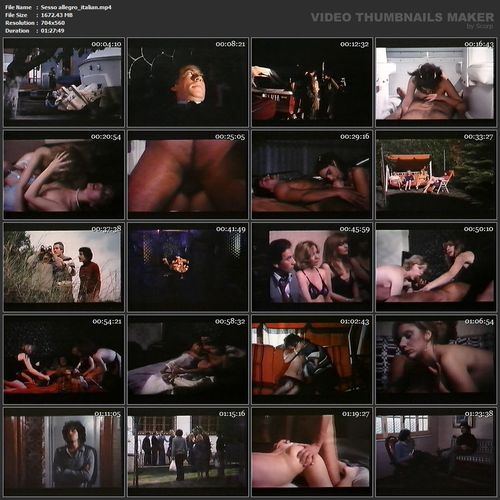