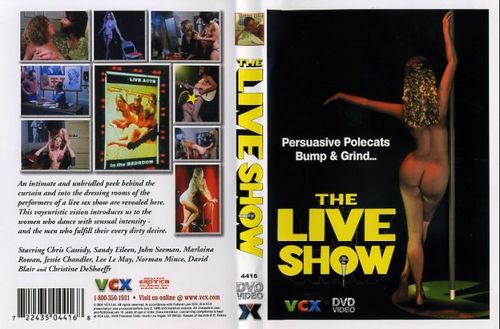 Starring: John Seeman, Sandy Pinney, Marlene Munroe, Jessie Chandler, Lee LeMay, Jesse Adams, Christine De Shaffer, Chris Cassidy, Blair Harris
Description: In The Live Show, from 1979, the owner of the Kit Kat Club, a Hollywood strip joint, is upset because his club isn’t making money, he isn’t bringing in any new customers and he’s had the same girls stripping for him year after year. So he decides to shake things up by bringing a brand new act to his club – a musical act that performs live sex during the show. As the owner hunts down this act, stripper girls have sex in the dressing room, and he gets plenty of action himself in the back office. Eventually, a music agent finds him an act; a girl and guy duo in which the guy sings and plays guitar while the girl sucks his cock. 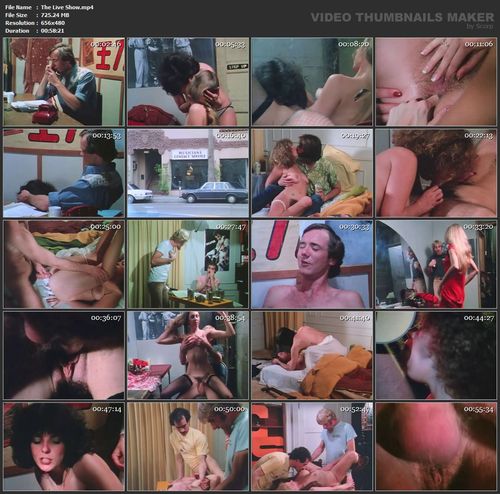