Tigresses and Other Man-eaters (1979) 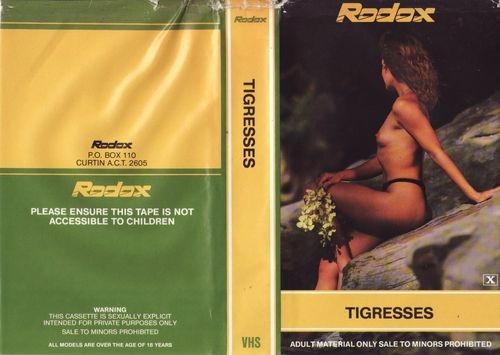 Starring: Samantha Fox, Rikki O’Neal, Diana Sloan, Denise Sloan, Colleen Anderson, Jill Monroe, Patty Boyd, Vanessa del Rio, Eric Edwards, George Payne, Bobby Astyr, Ron Hudd, Ron Jeremy, Joe Roberts, Marc Valentine
Description: While taking a break from having sex, the “tigress” host tells four stories that prove all women are really sexual “tigresses” at heart. The first story is about Holly – a woman who beats both Lou and Larry at sports, then makes a double date and surprises them with an offer for a threesome. The second story is about Jill – a woman who likes cruising harbors to take an able-bodied seaman home. The third story is about Naomi and Nancy – a pair of twins who walk across each other after a long time apart. Nancy tells Naomi she has a boyfriend now, but Naomi makes out with her until their secret is revealed as they engage in incestuous sex. Eventually, Nancy’s African American boyfriend arrives and they just silently welcome him for a threesome. After they are done, Naomi is about to leave, but the couple invite her to live with them as a triplet. The fourth and last story is about Rosita – a strictly Spanish speaking South American businesswoman. Rosita arranges for two American 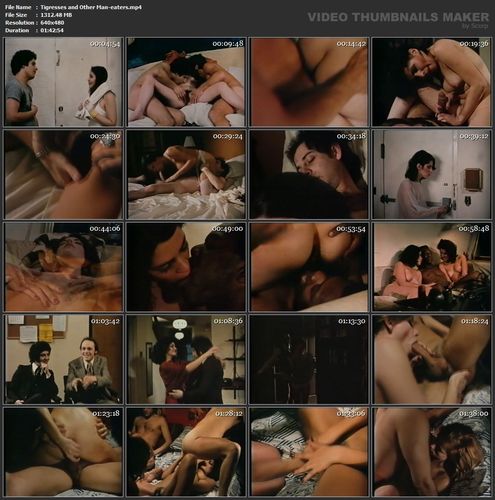