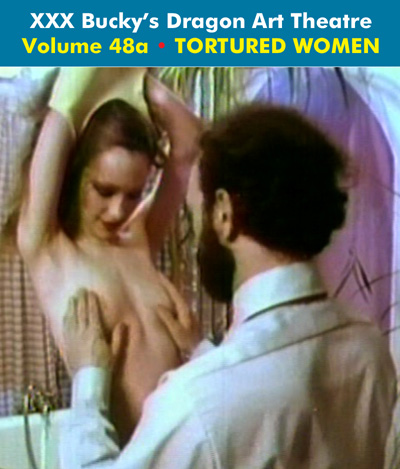 Starring: Bethanna, H. Haynes, Lori Blue, N. Russell, Veri Knotty, Russ Carlson
Description: Brenda sucks cock with such gusto that when she later takes it in her “class ass” it’s almost anti-climactic – though the Senator she’s balling reaches climax with a howl. When her co-conspirator, Glenda, joins in the action, it becomes clear that a scam is in the offing.
Afterwards, when the Senator discovers Top Secret papers missing from his attache case, he hisses, “Jesus white-lip, belly-fucking alligator type, I knew it!” which must go down as the Deviate’s favorite near-miss profanity.
Brenda and Glenda, meanwhile, have flown to London to fuck rock star Gary Wrong, who gets a hardon when he hits a particular note in a song. Then it’s off to Madrid to ball the famous matador El Gringo, who talks like Martin Scorsese and can’t keep a straight face while praying with his wife, Maria, minutes before the big bullfight. (The Deviate found this scene to be one of the funniest he’s ever come across!) Then the girls fly to Paris to give head to the head chef at Maxine’s.
All the while, bumbling CIA Agent, Stone, is in hot pursuit. When he finally catches up with Brenda and Glenda, he hauls their asses off to Geneva for a line-up and a final fuck-fest, of course.
But Brenda has the final word. Looking straight into the camera, she growls, “We got caught and that’s what this, this Tortured Women is all about! We are tortured because we like sex and we got arrested for it. Up yours!” 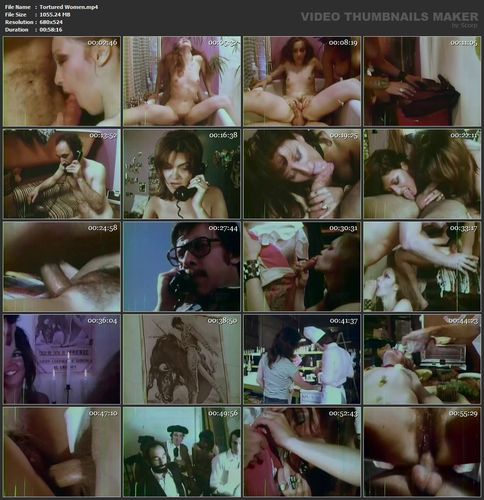