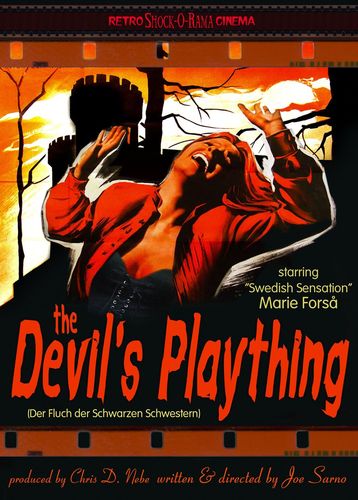 Starring: Marie Forsa, Nadia Henkowa, Anke Syring, Ulrike Butz, Nico Wolferstetter, Flavia Keyt, Alon D’Armand, Claudia Fielers, Natasha Michnowa, Eric Mancy, Christa Jaeger, Heidrun Hankammer
Description: Nestled in the mountains of Germany, a grim and secluded castle stands – the haunted legacy of the beautiful medieval vampire Baroness Varga. Put to death for her ravenous hunger for female blood, the Baroness uttered a curse that she would one day return to forever satisfy her unnatural lust.and that day has finally come! Four women have gathered at the castle unaware that its darkly seductive housekeeper is a satanic high priestess presiding over a coven of delectable servants who each night perform sensual rituals and profane acts to keep the Baroness’ spirit alive. As the women are drawn deeper into the ultra erotic nightmare, it will be the most uninhibited among them who shall serve as the vessel into which the Baroness passes.to continue her unholy reign of terror! 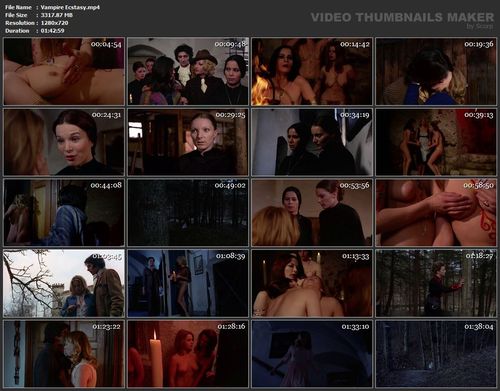