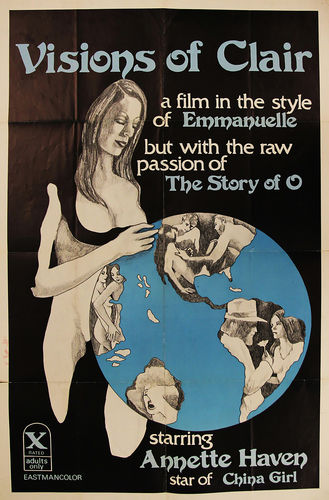 Starring: Annette Haven, Bonnie Holiday, John Rolling, Roahne Alexander, Jay Gamble, Richard Pleasance, Harry Lewis, Bruto Stranzo, Jack Wilson, Roger Rosenbaum, Sharon Thorpe, Milton Ingley, Mary Feingold, David Colson, Elizabeth Krogh
Description: A film in the style of Emmanuelle, but with a raw passion of The Story of O. Clair has a powerful, almost supernatural attraction to those about her. Living alone in her stately mansion, she attracts the most fascinating men and women to her estate, where seemingly bound to her and her aberrant desires, they eagerly give themselves sexually to her and to each other. Is it her magnetic attraction due to her phenomenal beauty? The sexual aura that surrounds her? Or to a valuable yet mysterious necklace always around her neck? See how ordinary people become extraordinary sexual participants in her games of eroticism. to a climax that is blinding in its sexual intensity. 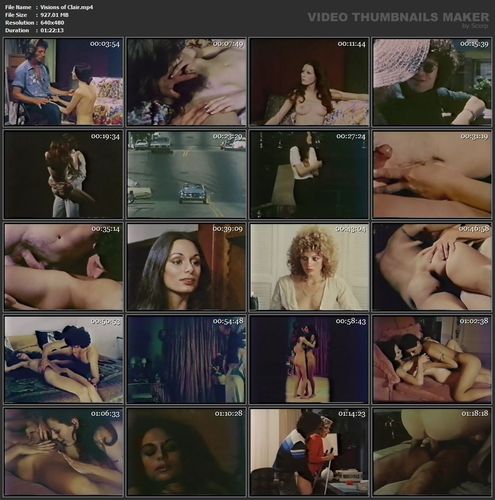